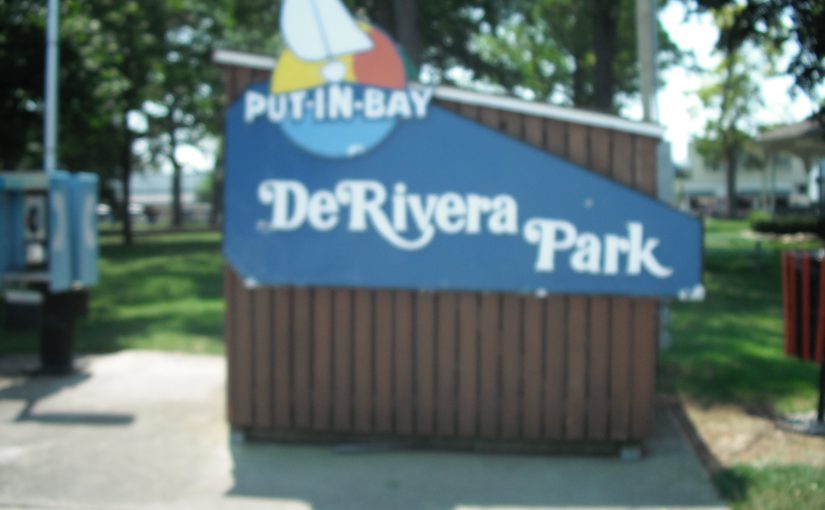 Put-in-Bay (South Bass Island) is a tourist’s haven. Attractions like Perry’s Victory Monument, the historic churches along Catawba Avenue, and its famous caves complement the array of restaurants and shops found on South Bass. As visitors learn about the island’s fascinating history and development, they often want to know more about one man who continually appears in the historical record. That man is Joseph de Rivera St. Jurgo. Let’s uncover what we can about Put-in-Bay’s most prominent figure.

On March 30th, 1813, Puerto Rican plantation owners Jose and Juana de Rivera gave birth to a son while they were on vacation visiting family in Barcelona, Spain. Jose and Juana (whose maiden name was St. Jurjo) returned home to Puerto Rico the following year, where they raised their son Joseph until he became an adult and left for America.
When he was 22 years old, Joseph visited New York and opened a trading company that imported sugar and produce from his homeland. His enterprise was successful, and, three years later, he became a United States citizen.
On his naturalization documents, he signed his name as de Rivera St. Jurjo, later explaining that in Puerto Rico, it was customary to use both his parents’ surnames when officially marking documents. How, when, and why his mother’s name was changed from “Jurjo” to “Jurgo,” however, remains a mystery to most historians. Additionally, as his business became more noteworthy, people commonly referred to him simply as Senor de Rivera, dropping his mother’s last name entirely.

Throughout the next twenty years, de Rivera built his mercantile empire and also purchased (and developed) land in Vermont, Kentucky, and the West Indies. Meanwhile, on Put-in-Bay, then-island owner A.P. Edwards gave his daughter (Alice Glover Edwards) and fiancé (Elisha Dyer Vinton) South Bass Island as a wedding present. (Edwards also owned a few other islands, and he gave Gibraltar, Starve, and Ballast to the couple, too.)
Surprisingly, Edwards’s new son-in-law, Vinton, preferred cash in his pocket to owning the islands. So, he and Edwards placed ads in newspapers along trade routes, hoping that someone would show interest in the islands.
De Rivera saw one of the ads and contacted Edwards. The two parties negotiated and completed a deal on August 22, 1854. De Rivera purchased Put-in-Bay (and other smaller Lake Erie islands) for $44,000. Imagine that!

De Rivera relied upon his experience as he began to develop Put-in-Bay and the other Lake Erie Islands. Almost immediately, he built a saw mill and a stave mill (to make barrels). Next, he hired men to build roads. His workers began to sell wood from Middle Bass to steamboat operators. Men sold gravel from Ballast Island to the mainland, and workers raised over 2,000 sheep on Put-in-Bay, which they then shipped to de Rivera in New York for trade.
The following summer, de Rivera hired Ernst Franck, the county engineer, to visit Put-in-Bay and create parcels of land to sell. Franck marked off ten-acre lots, along with areas for roads. Rivera was a generous landowner, and his first sale was to the South Bass Board of Education—for $1. This plot of land housed the first official schoolhouse on Put-in-Bay. Within a decade, de Rivera had sold 42 parcels of land on his islands.

In addition to selling land on Put-in-Bay, de Rivera also gave away plenty of it. He donated land for educational purposes multiple times, created the village park, and provided a plot for the St. Paul’s Episcopal Church. He helped the winemakers build their vineyards, supported local government, and helped make the island what it is today: a place of abundant happiness. De Rivera passed away on May 31, 1889, at the age of 76. We’re proud to safeguard his legacy, and we would love to have you visit. The Island Club, Put-in-Bay Cabins, Put-in-Bay Condos, and Put-in-Bay Hotels are just a click away!