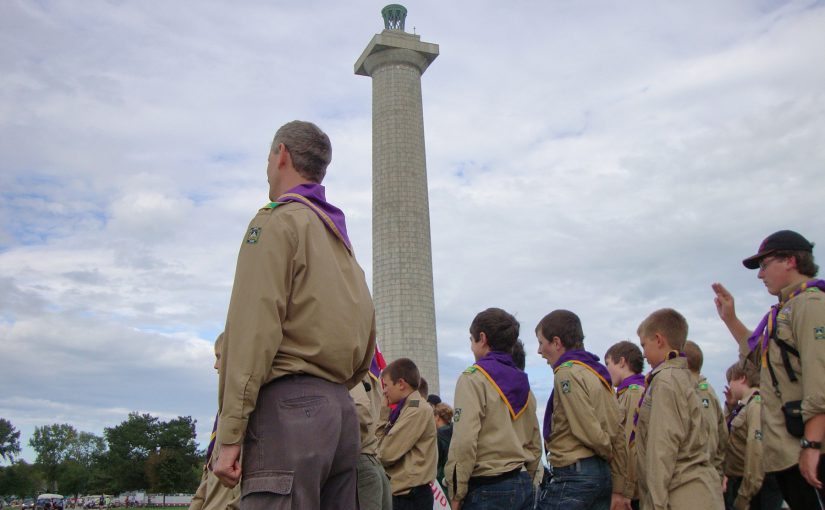 Though Put-in-Bay is only three miles long, the island is steeped in hundreds of years of history. Read on to learn more about Put-in-Bay history from the 18th century to the beautiful island you see today. Then, enter for your chance to win a free weekend at the bay! Every month, we select one lucky winner for complimentary accommodation and a golf cart rental. Is today your lucky day?

Your Complete Guide to Put-in-Bay History

The first visitors were likely Native Americans, who left arrowheads and other primitive tools behind on the island. In July 1784, a group of explorers mapped the island, labeling it “Pudding Bay” due to its odd shape. The Connecticut Land Company claimed South Bass Island as part of the Connecticut Western Reserve following the American Revolution. After this, colonists started to develop Put-in-Bay. The early settlements were mostly destroyed by the British at the start of the War of 1812.

Connections to the War of 1812

Put-in-Bay and the surrounding area played an integral part in the War of 1812, a conflict between the United Kingdom and the United States. The most significant skirmish on Put-in-Bay was the Battle of Lake Erie on September 10th, 1813. Commodore Oliver Hazard Perry, an American naval commander, led the United States Navy to victory and captured six of the British vessels. This battle was a turning point in the war, as the Americans gained complete control of Lake Erie.

Today, tourists flock to the Put-in-Bay National Park, Perry’s Victory and International Peace Memorial, to celebrate the island’s history. The memorial is the world’s most massive Doric column, and it was constructed from 1812 – 1815. Visitors enjoy the view of Put-in-Bay Harbor at 352 feet above the water from the observation deck.

Jose de Rivera, a Spanish merchant, purchased the Bass Islands in 1844. By the 1850s, Put-in-Bay was celebrated for two things — its connection to the War of 1812 and its delicious wines. The town’s population, as well as its reputation for being a relaxing vacation destination, was growing.

On June 22nd, 1861, the Bass Islands elected their first town trustees. In May 1876, Put-in-Bay officially became the incorporated township of South Bass Island. Until the 1900s, steamships serviced the island on a regular basis, bringing up to 1,500 passengers to the island at a time.

For more than 100 years, Put-in-Bay, Ohio, has been a summer vacation spot for tourists from the Midwest and beyond. If you’re interested in learning more about the island’s history, check out Isolated Splendor by Robert Dodge. It’s a great resource for those who love local history!

South Bass Island hosts a variety of events throughout the year that history buffs love. The annual Historical Weekend takes place on the anniversary of the Battle of Lake Erie each year. Join us for two days of reenactments, parades, and firing demonstrations.

The family favorite Pyrate Fest is fun for everyone! Take part in costume contests, a themed 5k, and a special pyrate marketplace.

If you’re not in town during one of our favorite celebrations, the Lake Erie Islands Historical Museum is one of the top things to do in Put-in-Bay. Explore exhibits about maritime history, Victorian architecture, and island history. Founded in 1975, the museum also features a research library and historical archives.

After you’ve learned about the rich Put-in-Bay history, get ready to experience modern-day South Bass Island. Pack your bags and bring the entire family during your next trip to Put-in-Bay, Ohio! At the Island Club Home Rentals, our spacious 12-person units can accommodate all of your loved ones under one roof.

When planning your next vacation, consider booking Island Club #109. This three-bedroom, two bathroom home features roomy entertainment areas, a private driveway, and two propane grills on the patio. Enjoy access to the shared swimming pool, which is perfect for families during the week and partygoers on the weekend. Do you want to know the best part? On-site Island Club Golf Carts are exclusively available to our guests!

Don’t wait; browse our rentals and make your reservation at the bay today!

What You Need to Know About Put-in-Bay History was last modified: September 13th, 2019 by IslandClub