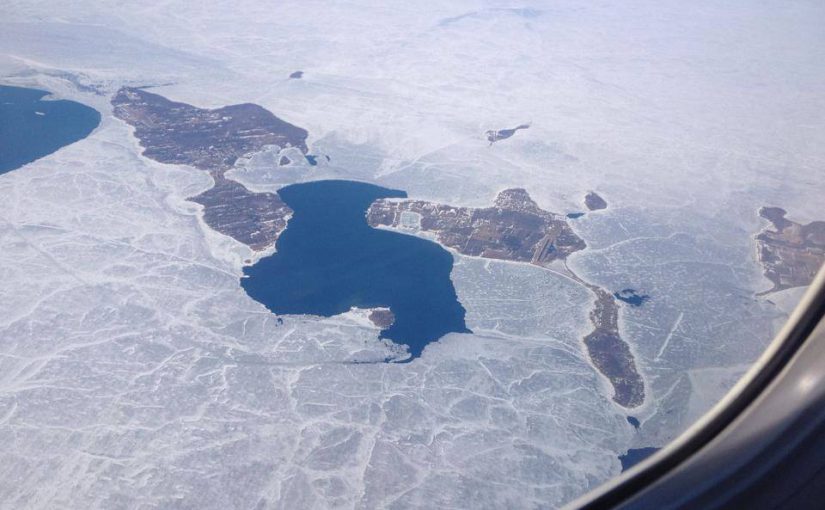 There’s a bit of protocol everyone on South Bass Island Put-in-Bay should observe during the winter. When that rare car comes by, be sure to wave. You probably know the driver, and he or she knows you. That’s because once the last visitors leave on the ferry or by airplane after Halloween, life on Put-in-Bay in Lake Erie drops into winter tempo. It becomes even quieter and more remote once the last ferry boats leave the dock at the end of December when there is too much ice to keep the ferry open.

From that point on until the ice breaks up in mid to late March, island life goes into hibernation. Not that people simply curl up and sleep until the spring thaw like bears. Folks still drop in at the Wrinkle Room downtown for a brew and dinner and one of the many euchre and football leagues that run all winter. There are a couple of restaurants open through the winter months so the 150 to 200 islanders who live here have a place to socialize and vary their routines.

There are two churches on Put-in-Bay, an island general store, a hardware store, a coffee place and one gas station still open for business. The only bank is open for just a few hours one day of the week. The post office is open on days the mail and newspapers can be flown in from “America.” That’s the term some islanders used to describe that distant mainland.

The season is over, but many of the island’s personnel stay on South Bass during the ice months. They are not alone. Ice fishermen are making their way over by air or by sea for what has become the island’s one winter industry.

Many of you who have visited Perry’s Monument or just gone to Put-In-Bay to have a wild summer fling see the place as a wild hive of tourists. I’ve seen the place on Chrstmas in July, and it’s a madhouse. But on Thanksgiving the downtown was deserted. Most of the bars, restaurants and gift shops were boarded up. All the kids playground equipment and picnic tables were broken down and piled up for the long winter. Not a soul was on the streets, even though some Christmas lights were out. Just one restaurant, the market and wine store were open for business and few cars were parked outside.

At night the silence is unearthly. That’s especially true for those of us who live in cities and can’t sleep without the sound of distant sirens as our lullabies. Stars appear in abundance at night in the clear winter skies and there is even rumor of the occasional hike (since the elevator is closed) up to the top of the monument to blow off some New Years Eve fireworks.

Someone once told me real islanders stock up. Some can live without a television set (not much to watch up here anyway) or even without a computer, but nobody lives without a freezer or two. Stocking up is a way of life. People take the ferry to “America” before it stops running and return to Put in Bay with a car full of bathroom and kitchen essentials and frozen foods.

They told me many visitors simply can’t picture life under these conditions. They can’t imagine what it would be like not to make their daily shopping trips or drives. The idea of having to stock up seems to puzzle them. Yet, they said there are old-time islanders who won’t make the “trip to America more than two or three times a year.”

Islanders know each other quite well and, in the main, get along. There are times when the fog is so thick or the snows so heavy that airplanes are grounded and folks have to wait for mail or specially needed items. There is no pharmacy, doctor or dentist at Put-in-Bay. In case of trouble, there is one emergency medical person who can call in help by helicopter. “In the summer when you hear a helicopter taking off you think it’s probably some tourist who got in a golf cart accident,” someone said. “But in the winter you know it’s somebody you know.”

She said islanders work hard from spring to autumn to make their livings. So the winter break is often fairly welcome. It’s a time when friends who don’t have time to socialize during the tourist season finally have time to drop into Tippers and do just that.

There are a lot of oddities to the isolated life, but for the most part it is enjoyed by those who live it.

What Happens at Put-in-Bay in the Winter? was last modified: October 23rd, 2017 by IslandClub